In the absence of a note from my parents explaining where I’ve been, this blog post will have to suffice. 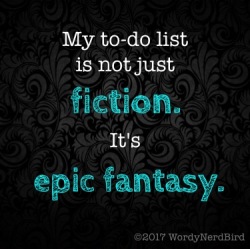 It’s been rather quiet on this blog lately, and for that, I apologise. Life has been demanding, and I’ve been working to meet some other deadlines and goals that are coming up quite quickly.

As I mentioned in a previous post about having to juggle different priorities, I’m directing another musical. This year, we’re doing H.M.S. Pinafore, which is a really fun show, and rehearsals are well under way. I have been delighted with the way the cast have committed themselves to learning their lines and their songs. The soloists are already proving to be amazing, and the chorus sounds incredible. The show opens on September 13, and if past experience is anything to go by, that’s going to be something that dominates my waking hours for the next six weeks.

It’s also been both busy and exciting in terms of my writing and publishing. I changed my strategy and schedule this year. My plan was that the first six months of the year would be focused on writing, and I would aim to release three new books in the second half of the year.

That has turned into four new books, but I’m right on target. A Poet’s Curse, a collection of dark poetry, was born at the end of July. Lac Du Mort and Other Stories is a collection of eight mid-length short stories that is set to release on August 24. Curious Times, the sequel to Curious Things, will hopefully emerge in late September, just in time for Halloween. A poetry collection which currently has the working title of ‘Masquerade’ is pencilled into the timetable for November.

All of that means I’m in the midst of editing, formatting, preparing covers, and setting up the preorders for Lac Du Mort, so that it’s ready to go. It will be available in all digital stores and in paperback. I’ll be sure to let you know where to find it just as soon as the preorders go live! And in between all of that, I’m still writing.

So, things are busy, but they are also very satisfying. It’s a great way to be.