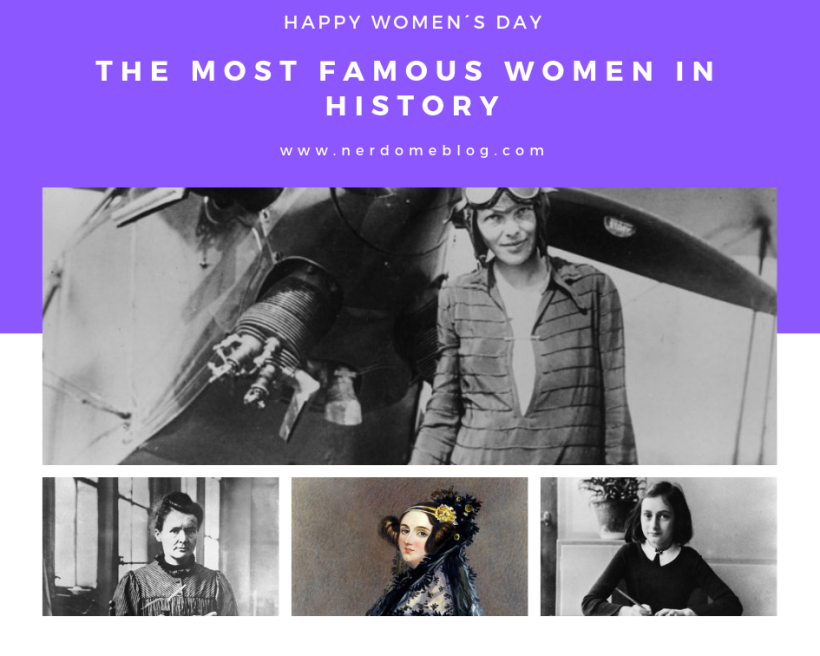 History is full of amazing women who had strength, courage and determination and showed men a thing or two about how things should be done.

There are so many great women that I would have loved to write about, but I couldn’t get to them all because I wanted to focus on featuring some of the less heroines of history with whom many people would not be familiar. I did find this excellent post that includes quite a few ladies who were on my list, so I thought I would share it with my readers on this final day of Women’s History Month.

I hope you enjoy this great post from Nerdome featuring some fabulous famous femmes including feisty royals Elizabeth I and Catherine the Great, and two of my literary loves, Jane Austen and Maya Angelou.

Happy Women’s Day ! , Today we are going to remember , powerful and inspirational women who have been pioneers for women’s rights and racial equality and have defined the worlds of science, mathematics, aviation and literature.

Whether these famous females were inventors, scientists, leaders, politicians, or literal Queens, these  strong women undeniably changed the world for the better.

Cleopatra, 69 BC-30 BC Egyptian pharaoh

Final ruler of Egypt’s Ptolemaic dynasty, Cleopatra was more than the famous beauty her subsequent, simplistic portrayals often depict. A formidable, politically shrewd monarch, she was directly involved in the running of a kingdom that faced challenges on many fronts.

“Though the sex to which I belong is considered weak you will nevertheless find me a rock that bends to no wind.”

The Armada portrait of Queen Elizabeth I painted in 1588

Elizabeth called herself ‘The…

Another of my favorite women in history is Lucy Maud Montgomery, author of ‘Anne of Green Gables’.

That book, and those that follow it in the series, have been lifelong favorites of mine.

This post is one I wrote when my brother Sean and I visited Prince Edward Island and stayed with my wonderful friend Audrey, who lives on the island and was a very willing tour guide for us.

We visited a number of places related to Lucy Maud, experiences which only deepened my love and admiration for this most excellent and inspirational writer.

An Aussie Maple Leaf, adrift on the wind...

Lucy Maud Montgomery is famous as the author of “Anne of Green Gables” and many other books. She was also a poet – something I did not know until today!

In addition to visiting Green Gables, I also visited he site of the home in which Montgomery lived with her grandparents at Cavendish and her birthplace at New London, on Prince Edward Island.

Both of these experiences were lovely. The home of Montgomery’s grandparents is no longer standing, but the site is commemorated by a rustic bookstore which specialises in book by, and about, Montgomery. 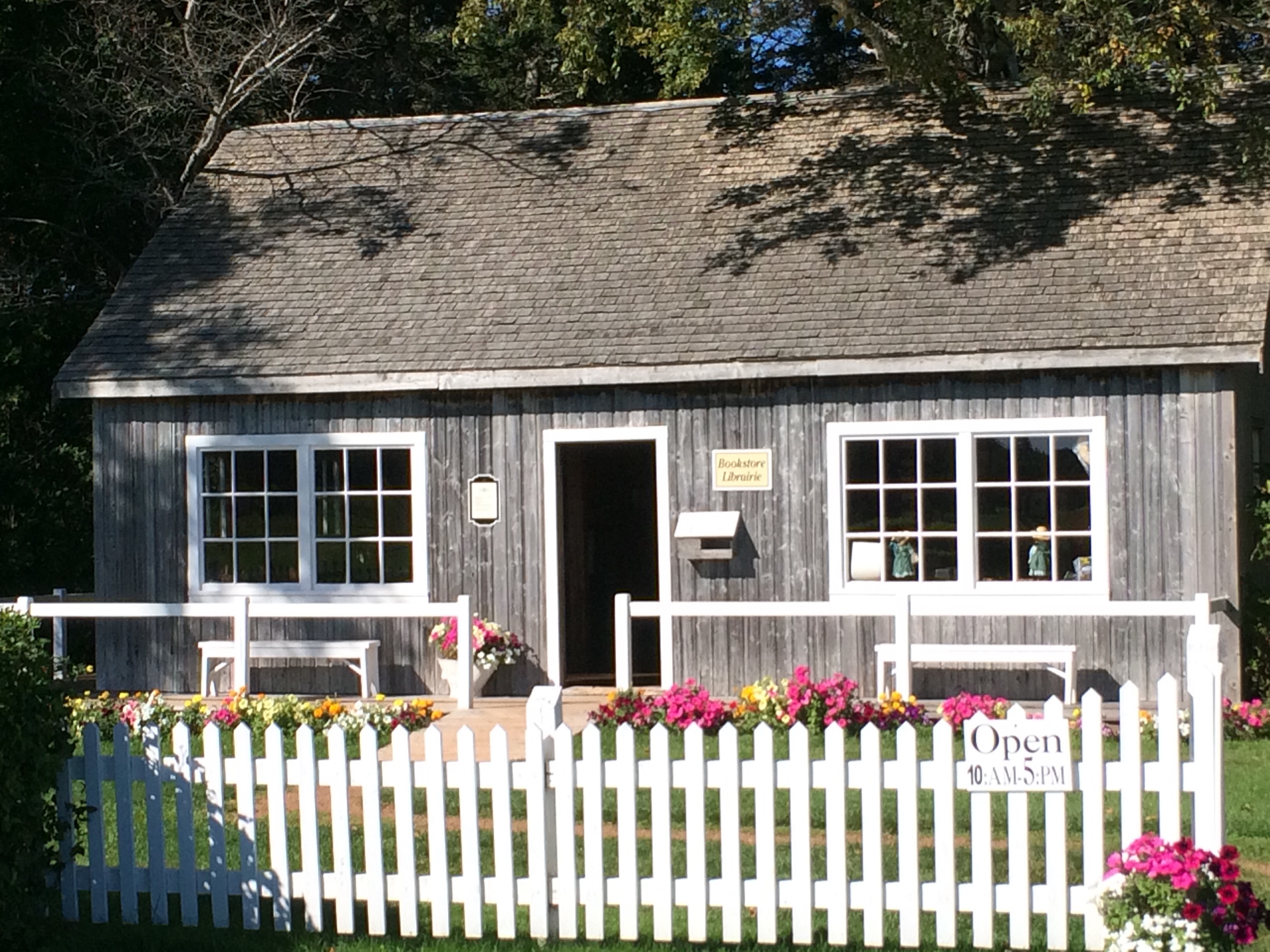 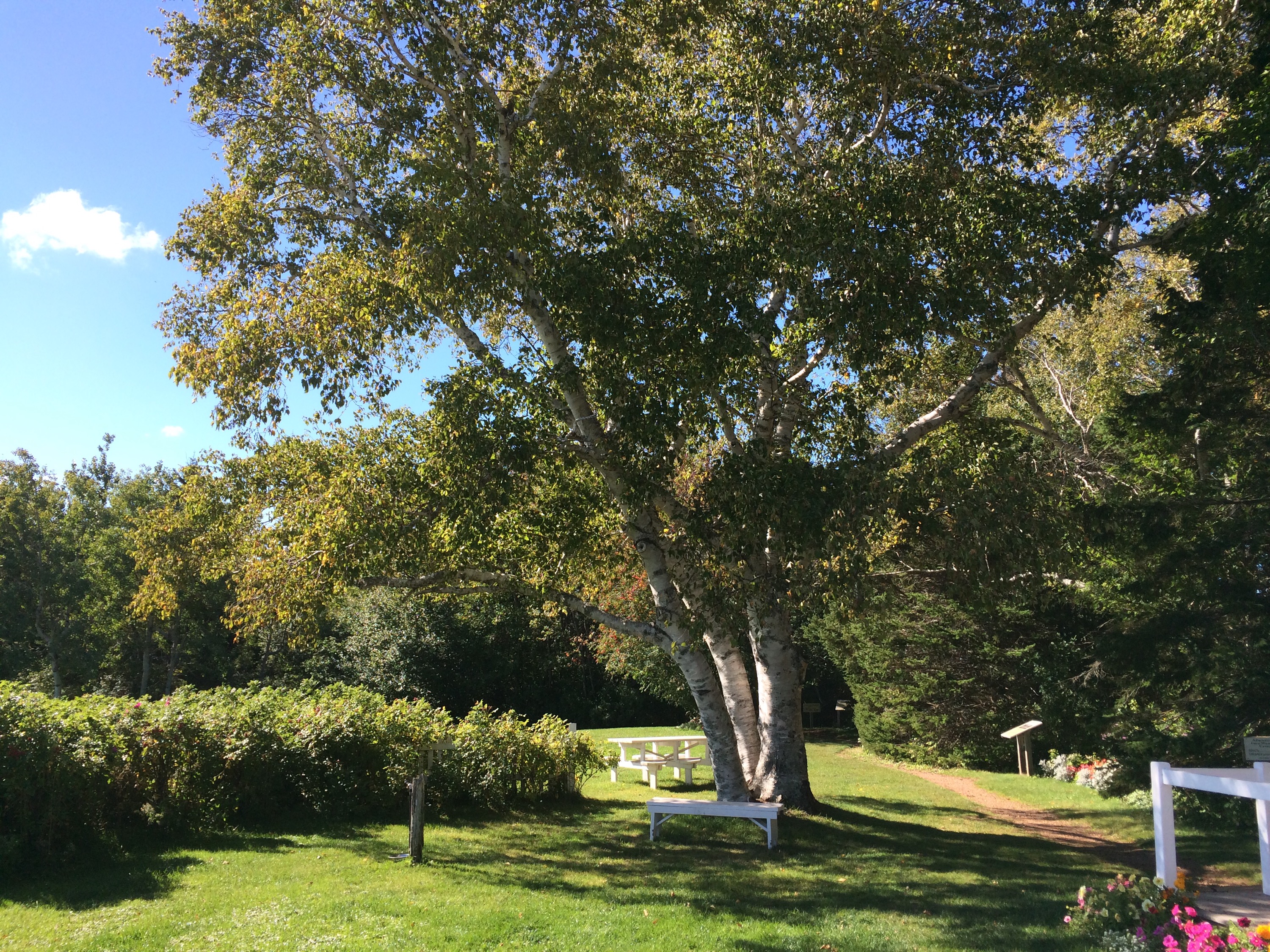 Walking through the house in which Montgomery was born was both fascinating and quite moving.

To see letters handwritten by her, clothes and shoes that she wore, and to walk on the very same floorboards and stairs that she walked on as a child had a very profound effect on me. I have always felt…

February is almost done, which means that Women In Horror Month is also drawing to a close.

At the beginning of the month, I introduced twelve Women in Horror who would be featured on this blog. I was happy to be able to add a few more to the list, and to “borrow” some posts from other WiHM bloggers, featuring authors who were new to me, too!

As a result, I’ve added a few great books to my already monstrous To Be Read pile, which has in itself been the subject of one of my horror drabbles.*

I trust you have enjoyed the featured author spotlights, and I hope some of you have discovered a great new read or two as a result.

Don’t forget that you can follow what I am reading via my Book Squirrel book blog. I’d love to see you over there, too!

*A drabble is a short story told in just 100 words. Don’t be deceived: they are tricky to write, as one must be quite disciplined in crafting a story and condensing meaning in such a tight form.

Mary Bradford is an accomplished author of horror among other genres.

It’s our last week of Women in Horror Month 2019 and what a month it’s been. I’ve been exceedingly lucky to have so many talented writers grace Unusual Fiction with their presence. Today, I am delighted to welcome author of horror fiction and romance, Mary Bradford.

Mary Bradford is an Irish published author of two novels, My Husband’s Sin and Don’t Call Me Mum, with digital publishers Tirgearr, both part of the Lacey Taylor Story. At present, Mary is writing her third novel, Cregane Court. She has also written in adult romance (One Night in Barcelona, digital publishers, Tirgearr) and western genres, (Destiny, and The Runaway, self-published).

As a mother
whose family are raised, her writing reflects family relationships, not only
the good but also the difficulties and hardships that families endure. In a
world where the family unit is forever changing, there is…

This author spotlight comes to you via Colleen Anderson’s blog, which I follow and always enjoy.

The Past is Always Present: New Music for Old Rituals

This collection grew organically from my own upbringing as a child in rural Ireland, where the very landscape was infused with myth and folklore. I grew up on the site of the great Irish saga of the Táin Bó Cúailnge halfway between two towns, Dundalk, where the Táin hero, Cuchulainn was born and Ardee, where he slew his best friend Ferdia at a pivotal battle−even my…

Thanks again to the Unusual Fiction blog for this author interview.

Welcome to our last Friday of Women in Horror Month 2019. It’s been a short, dark month but we’ve done our best to make your days that little bit brighter by showcasing the work of so many talented authors of dark fiction. Today, I’m delighted to be shining the spotlight on author of horror and suspense tales, Sue Rovens.

Sue Rovens is an indie suspense writer with two novels currently out in the world. Badfish, her first novel, was published in 2015. Track 9 was published in 2017. She also has two books of short horror stories, In a Corner, Darkly: Volume 1 and Volume 2. All her books are available on Amazon, in both paperback and Kindle formats.

Her third horror/suspense novel, Buried, is almost ready. It will be available for the public sometime in the first half of 2019.

It’s a gloomy, dark Saturday and we have another wonderful day of hair-raising horror to cheer you up. Today, I am delighted to have as my guest, author of dark fiction and zombie apocalypse horror, S P Oldham.

S P Oldham lives in the beautiful Sirhowy Valley in South Wales. She has always enjoyed writing and has recently ventured into self-publishing, Although she writes mainly horror and dark fiction, she likes to dabble in other genres from time to time. She is also an avid reader.
S P Oldham currently has five horror fiction books available on Amazon. Three of these make up The Mindless Trilogy – The Zombie Apocalypse: Where a Little Knowledge is a Dangerous Thing.
The other two books are short story collections. Hag’s Breath: A Collection Witchcraft and Wickedness, and Wakeful Children: A Collection of Horror and Supernatural Tales. Wakeful Children is also available in paperback.

Meet Kris Weeks, author of horror of the hot and steamy kind!

Kris’ interview comes to this blog courtesy of Unusual Fiction.

Another dark February day dawns and we continue our daily dose of hellish horror with author of dark fiction, Kris Weeks.

Kris Weeks has been writing since she was young with many of her stories published in Hustler Magazine. As well as writing together with her husband, horror writer TJ Weeks, she has published quite a few standalone horrors. She loves writing about crazy women who have the urge to kill yet live normal lives.

Which horror genre do you write in ?

Why do you write horror? Tell us about your horror journey?

I started writing erotica as a teenager and had numerous stories published in Hustler magazine. I quit writing for a long time until I met my husband. Once he realized I liked to write as he does, we began to write together and I began writing my own style of…

Once again, this post comes to you courtesy of Unusual Fiction.

It’s Day 15 of Women in Horror Month 2019 and the horror bus keeps on rolling. Today, I’m excited to welcome back Caroline E Farrell to Unusual Fiction. Caroline is a filmmaker and award winning author of dark fiction.

Caroline E Farrell is a writer, filmmaker and blogger from Dublin, Ireland. She once blogged a vampire novel online, which becameArkyne, Story of a Vampire. She has also written the award-winning novel, Lady Beth. Caroline is the writer of three short films, ADAM (2013), IN RIBBONS (2015) and FRAMED (2018) which she also directed. She has also written several published shorts stories and award-winning feature screenplays.

Which
horror genre do you write in?

At the moment, I am drawn to psychological horror.
With regard to genre though, I don’t really fit into any specific category,
which suits me as I can only write what truly captivates…

This post comes, once again, courtesy of Fiona Cooke at Unusual Fiction.

Today I am excited to introduce Pippa Bailey to Unusual Fiction for another fear-filled day of horror. Pippa not only writes horror but is an independent reviewer of horror on YouTube.

Pippa Bailey lives north of the wall in the Scottish Highlands. Principally a horror writer, YouTube personality and independent reviewer at Deadflicks with her partner, Myk Pilgrim. She’s known for supernatural horror with a vile sense of humour, and you can find her and Myk’s collections Poisoned Candy and Bloody Stockings through all good book retailers.
You can spot her drinking too much tea, making terrible puns, and bothering the local wildlife at www.pippabailey.co.uk.

Question 1. What genre of horror do you write in?

I generally tend to write in supernatural horror, I love a bit of realism now and again, but I’d much rather see my characters up against magnificent creatures, trapped in distant realms or facing down…