It’s one week today until Halloween. The shops are full of costumes, accessories, and big bags of treats to hand out.

Australians are once again protesting about it being an American thing (it’s not) while they gladly binge-watch American TV series on Foxtel and Netflix, listen to predominantly American music on commercial radio, and argue about whether Coke or Pepsi is better. (It’s definitely Coke.)

Despite the protestations of those Aussie nay-sayers, it’s a week that I quite enjoy. It reminds me of my first Halloween season in Canada, where I learned more about the background of the holiday and started to appreciate it in a different way. I like seeing kids and families out together, dressed up in costumes and walking around my small town, spending time together and having fun that doesn’t involve a screen.

It’s also a time when, like many other horror authors, I’m hoping to put my books in front of people and maybe get a sale or three.

I write spooky short stories, among other things. I work hard to build the right atmosphere, to lure the reader in, and then shock them with a macabre turn of events. I try to appeal to different senses so that they hold their breath while their skin crawls. It’s not splatter for splatter’s sake, and the monsters generally don’t hide under the beds or in the wardrobes of little kids. The monsters I write about are, more often than not, people who seem ordinary in most ways— until they prove they are not.

So, why not try a creepy story? You might enjoy it more than you think!

An Author’s Perspective on Facing One’s Own Fears In Writing.

One of the principles of writing good horror is tapping into your readers’ fears and anxieties, albeit in a controlled manner – I don’t want to trigger a heart attack or a psychosis, but I do want their skin to crawl and their innards to lurch. After all, that’s why they pick up a horror book or film in the first place.

It’s interesting – at least to me, at any rate – that I haven’t got any better at confronting my own fears.

I have always been, and still am, terrified of spiders and snakes. Of course, I do live in Australia where just about everything that crawls or slithers is deadly, so that is quite sensible. We’ll call it a healthy sense of self-preservation. Butterflies and moths, though… not so much. And crickets: ugh! Not exactly the stuff of nightmares— until they touch me. That’s when I lose all sense of reality.

When I was a child, I considered that I had a fear of heights. As I grew older, I realised that what I actually have is a fear of falling. I can look out of the window of a plane that is flying at altitude, and it doesn’t bother me a bit. Ask me to step onto the balcony of a lookout at the top of a mountain, or to walk on stairs or a surface where I can see through to underneath, and you will only ever be disappointed. It’s not going to happen. The times I have been in such places, I have frozen to the ground in fear.

Interestingly, these are not fears that I have explored in my own writing— not yet, anyway. I’m far more comfortable playing on someone else’s weaknesses. Death. Hell. Demons. Fire. Hair. Monsters. Ghosts. Superstition. Possession. Unexplained coincidences. Easy peasy!

Maybe I will try to address one of my own fears in my writing this month, given that it is Women in Horror Month, and I happen to be a woman who very much enjoys writing horror.

I’ll get back to you on that one.

Originally posted on Unusual Fiction :
I’m really excited to introduce our next author to Women in Horror Month 2018 at Unusual Fiction. Joanne Van Leerdam is a poet, writer in many genres and of course horror lover. ? In addition to writing poetry and short stories, Joanne is a teacher of English, History and Drama/Production.…

This is my third author interview in fairly quick succession, but the questions have all been so different that I couldn’t even recycle any! This one focuses on my work as a writer of horror where the others were more general.

Many thanks to Fiona Hogan at Unusual Fiction for asking clever questions and publicising my answers in honour of Women in Horror Month 2018.

I’m really excited to introduce our next author to Women in Horror Month 2018 at Unusual Fiction. Joanne Van Leerdam is a poet, writer in many genres and of course horror lover. 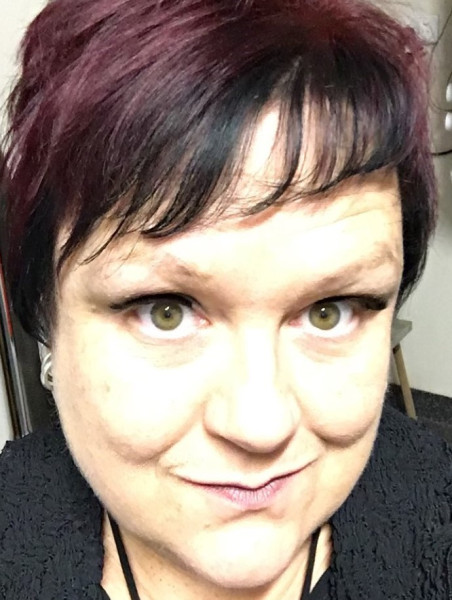 In addition to writing poetry and short stories, Joanne is a teacher of English, History and Drama/Production. She is an active member and performer in her local theatre company.
Her hobbies include reading, music, travel and photography.

Joanne loves travelling, and has visited many places in Australia as well as holidaying in New Zealand, Fiji, the USA and Canada at different times.

Question 1. What drew you to horror as a genre?

I’ve always loved Bram Stoker’s Dracula and Mary Shelley’s Frankenstein. I also loved The Addams Family and The Munsters on TV as a kid – although they’re lighthearted, that macabre sense of humour of mine just adored them.

Question 2. What horror writers do you read?

There are so many things you need to get right. When I started out, I knew nothing about marketing, very little about social media strategies, and had no idea how hard it is to promote a book and achieve sales.

There is one factor, more than any other, to which I attribute my survival and gradual success.

I have a group of “Indie sisters” who are the most incredible support, help, encouragement and backup anyone could ask for. 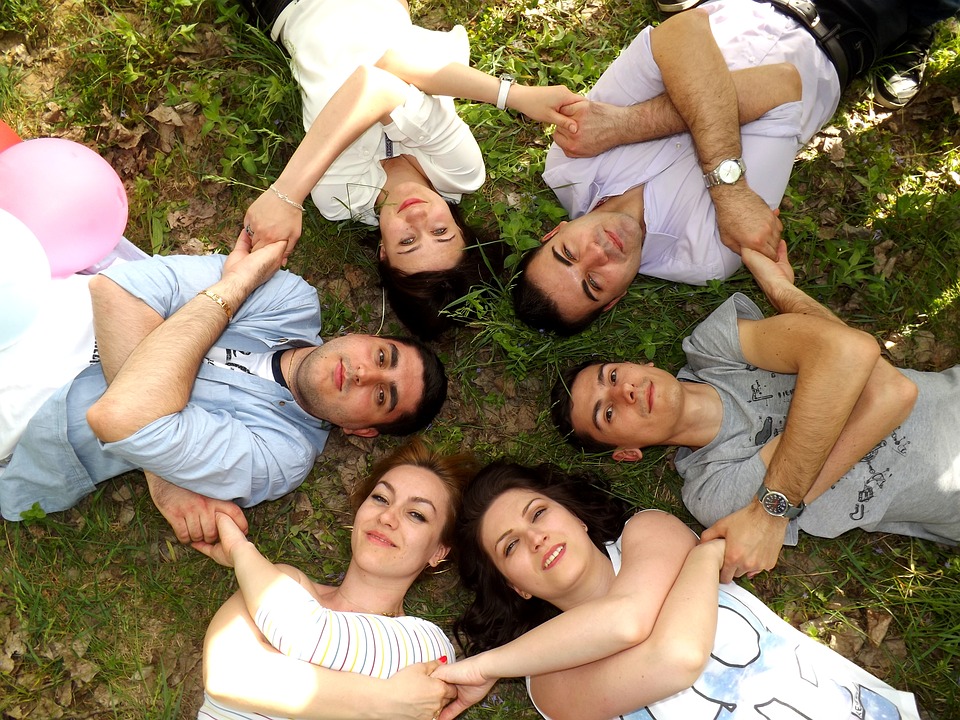 They’re all still learning, like I am. Individually, we’ve encountered pitfalls we never imagined, but we got through them with our integrity and sanity intact because of the support we’ve given each other. Together, we’ve done things that would have seemed near impossible on our own.

It all sounds too good to be true. To be honest, if you’d told me a year ago that five friends whom I had not yet met and I would be achieving these things, I’d have laughed. They probably would have, too.

The secret to what we’re achieving is not simply the sum total of our efforts. We have tapped into what I like to think of as ‘The Power of the Posse’.

It’s incredibly encouraging to know, with absolute confidence, that on the days one of us feels like a failure or can’t see the way forward, the others have their back. We all know that if there’s a challenge, we are in it together. We sincerely and joyfully celebrate each other’s victories and achievements. We talk every day, about all sorts of things, simply because we enjoy each other’s company. We defend each other, and we’d willingly go down fighting to protect each other. 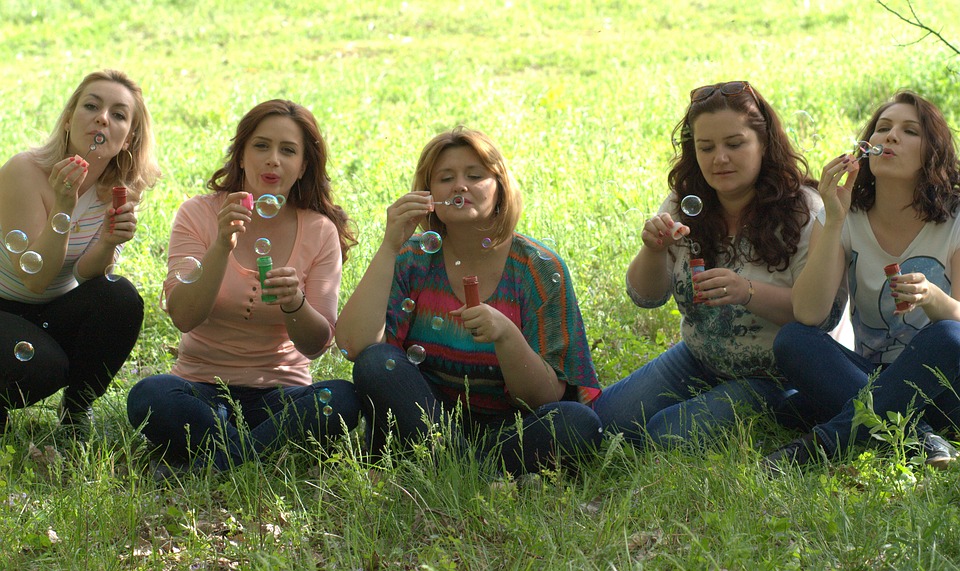 I know, it sounds unreal. But the magic of the “Indie Fabs” goes way beyond our own group. We believe in paying it forward. We read and review other people’s books. We are free with advice and words of experience for those who ask for them. We answer the call when another Indie author – quite often, one who isn’t part of our team – needs help. And we will not ask for payment, except that those we help also pay it forward by helping others out when they get the chance.

I can’t imagine doing all this without Jeannie, Renee, Aliya, Eva and Lyra. I don’t even want to contemplate how I might.

One organisation I know of tried to allocate author teams for their members. Mine, and many others, never got off the ground because it’s simply not possible to manufacture the kind of relationship and teamwork that is required for a posse to work the way it should.

I am absolutely convinced that life/fate/destiny/the literary gods chose my posse for me, and me for them. What we have is magic. 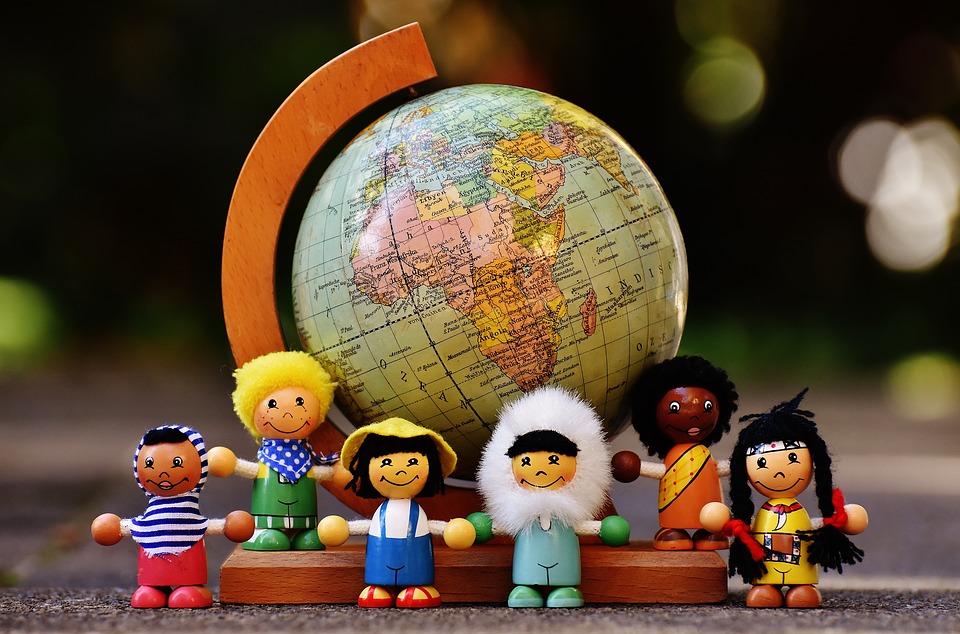 So how, you ask, can you get a posse of your own?

When you find them, treasure them. Encourage, praise and nurture them.
If they do the same for you, you’ve found your posse.
Bravo!

Tonight, an author friend posed this question in a discussion group: Is being a writer just a pipe dream?

She asked this in response to a controversial tweet by Diana Gabaldon, author of the Outlander series, last week:
‘English Major = Want Fries With That? Pick something that will give you enough money to write what you want.’ (Follow the link to the full article.)

It’s a thought-provoking question. Can I legitimately call myself a writer or a poet if that’s not my main source of income? Without a doubt, yes!

Authors throughout history have held other jobs to survive while they pursued their writing.  I’m just one in a very long list.

In this world, being “just” a writer is the domain of very few.

However, being a writer AND having another job doesn’t mean one is not a writer.
I don’t make enough out of writing to quit my job… far from it… but writing is both my passion and my therapy, so if I can cover my expenses… in my mind, that’s a good outcome.

If my writing helps someone feel that they’re less alone, or less weird, or can better understand someone else’s situation… that’s far more like what I want to achieve, particularly with my poetry.

I’d like to sell more books, sure. But not doing so isn’t going to stop me writing. And it won’t make me any less a writer.

You just wait til I’m dead. (Hopefully not any time soon.)
My poetry will go off the charts then.

Maybe you should buy a signed copy from me while you can.

Christmas Eve, Without You.