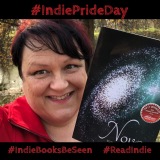 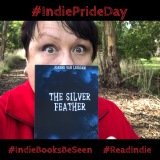 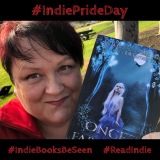 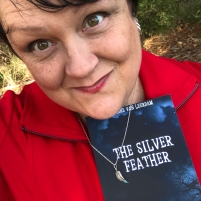 As of July 1, Australians can only buy from their Amazon’s AU store. Guess who profits? 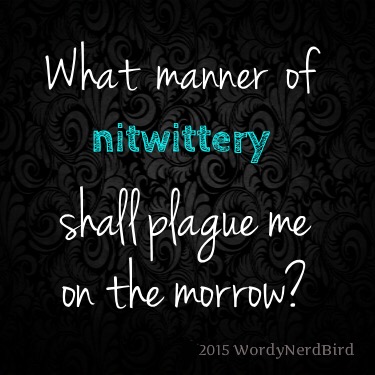 As of today, Amazon’s new rule about Australians only buying from their AU store will apply. Yet again, it seems that living at the arse end of the earth isn’t enough of a disadvantage. We already have to pay more to go anywhere and to send things overseas in the mail. Having anything delivered from overseas is ridiculously expensive. Now this.

I’ve yet to see how the new rule will affect my ability to actually buy kindle books and leave reviews for them.

I’ve definitely spent the required $50 in the US store, so I should still be able to leave reviews if it doesn’t happen automatically. It’s just an extra thing I’m going to have to do if I want to leave a review.
Are they going to make me spend another $50 in the AU store before I can leave reviews there, though? That remains to be seen, but I’m guessing so.

I feel as though I’m being screwed over by the Zon, yet again.
I’m so thankful that I have all my universal book links and custom shortlinks set up as part of my own branding.
At least none of that will have to change.

One quick virtual tour through the AU store confirms what I already suspected – prices for everything are higher, even factoring in the exchange rate. I can tell you where I won’t be shopping for anything other than eBooks! And if the books I want to read are available elsewhere, I’ll be giving the fine folks at Kobo some business.

This week, I did something I haven’t done in quite some time: I put an item I really wanted on my “watch list” on eBay. That set in motion the next chain of events: checking in daily– or more often, as the end drew nearer– to see if anyone had placed a bid, choosing the precise time at which I would place my first bid so that nobody else could click the “Buy It Now” button, waiting with anticipation as time ticked away, and then moaning about how slowly time moves in that last half hour.

Honestly, that last half hour of an auction for an item you really want is like walking through glue. After a whole week of saying, “Far out! How is it 4pm already?”, yesterday afternoon d r a g g e d like you wouldn’t believe.

By the time there were just ten minutes left, I was poised like a cat watching the proverbial mouse. I was ready to bid if someone else outbid me. I was prepared for that battle of one-upmanship that often happens in the last five minutes, yet still breathing the mantra “nobody see this… please, nobody else see this.” The tension gripped my shoulders and I had to work to keep my breathing steady. When the auction finished without anyone else bidding, relief washed over me like a wave, right before the excitement of winning put me on a high for the rest of the day.

You may think I’m exaggerating, but this is a scene that is all-too-familiar to people accustomed to buying things on eBay and similar auction sites. It’s the thrill of the chase and a cat-and-mouse game, without even leaving the room. It can be quite addictive, although I only indulge occasionally.

Sure, I use eBay now and then for everyday items that my local stores don’t carry. Most of those, you can just buy casually because they always have more than one set of stainless steel drinking straws, for example. What I’m talking about here is the one-off item that you don’t want to miss out on.

The last big thing I bought like this was a set of antique books – a complete set of Charles Dickens novels published in 1911, that I snapped up for $76. I’m pretty sure that whoever sold it didn’t know what they were selling, or how to list it properly, because that was an absolute steal. But hey – there it was, and there I was… what’s a book-loving girl to do?

Yesterday, the item in question was an out-of-production collectable teddy bear by Charlie Bears, a UK firm who make the most adorable bears ever. Their faces are ever so expressive, and every bear is just a little bit individual.

I have a number of these bears already, but there’s always room for one more. As my husband says, “Some women buy shoes. Some women gamble. For Jo, it’s books and bears.”

This is Percival. He is super cute, and was listed for about a third of the retail price. Again, what’s a bear-loving girl to do? It just wouldn’t be right to leave a poor little bear all homeless and alone, would it? Just think of me as one of those altruistic animal rescuers, giving otherwise miserable bears a new chance at life in a sanctuary with others of their own kind.

If you follow me on Facebook, Twitter, Pinterest or Instagram, you will most likely have seen some of my bears posing with my books. It’s a marketing angle I’m trying out since Facebook and Instagram in particular seem to favour posts that major on visual appeal rather than advertising value. In a social media world where everyone needs to find their own niche for marketing, “A Book and A Bear” is mine. People seem to enjoy the posts and respond very favourably, so I’m running with it. 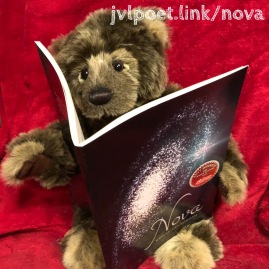 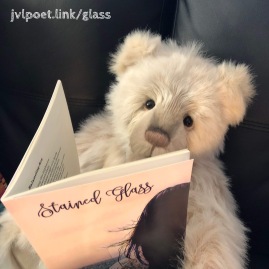 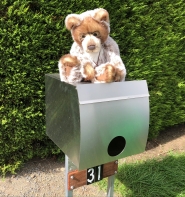 Now that the auction is over, the next phase begins.
We just have to be patient and wait for Percival to arrive. It’s fair to say that Diesel is as excited as I am.

Did you enjoy this post? Please help make it more visible to others by clicking “like” below.

My 🐝 disappointment is real. As IF that’s not a legitimate word. Amiright?