An award such as this is signifies a job well done and a book worth reading.

I’m very excited to show off the new bling on the cover of The Silver Feather. 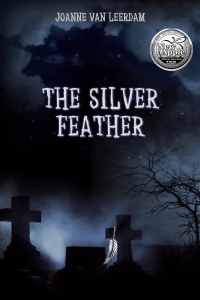 I received notification a couple of months ago that The Silver Feather had won ‘Official Selection’ in the short story category of the New Apple Summer eBook Awards, but the award didn’t arrive until today.

The original email explained that an Official Selection was awarded when the judges were unable to make a decision between two books for first and second place.

So it’s basically equal first, I thought, I can live with that. Holy Toledo! I’ve won another award! I told my husband. I texted my best friend. Naturally, I began to wonder what the other book was, and figured I would have to wait until official announcements were made.

Then one of the Indie Fabs messaged the rest of us and announced that our anthology, Once Upon a Fabulous Time, had won something in the New Apple awards.

Well, blow me down if The Silver Feather didn’t tie for first with the anthology containing my two fantasy/fairy tale novellas, alongside those excellent stories penned by my fellow Fabs.

I was perfectly happy with that, as there is nobody I would rather share first place with than my Fabs.

So Once Upon A Fabulous Time has some lovely new bling on the cover, too!

It’s exciting to show it off, but the deeper value is in the encouragement that an award like this gives to an author. These awards are judged by experts, not popularly voted or arbitrarily given.

These badges on our covers are an assurance of quality and excellence in storytelling. They are something of which we can be justifiably proud because they signify a job well done and a book worth reading.

Most of my poems reflect some element of my own life in an honest and hopefully creative way.
I want people to understand that life is full of challenges and trials as well as moments of victory and celebration. I want people experiencing those trials and challenges to know they are not alone, and that someone else knows what it’s like to go through that.

Poetry isn’t always whimsy and romance. In fact, my poetry is only ever infrequently either of those things.

Most of my poems reflect some element of my own life in an honest and hopefully creative way. I want people to understand that life is full of challenges and trials as well as moments of victory and celebration. I want people experiencing those trials and challenges to know they are not alone, and that someone else knows what it’s like to go through those things.

The Passing Of The Night is a new collection of my poems that reflects those truths honestly and, I hope, in beautiful language through varied and interesting imagery. It’s true that there is a piece of my soul on every page.

This newly released collection of profound lyrical poems explores the poet’s own experiences and observations of both dark and light, revealing her determination to not only survive, but to conquer whatever tries to overcome her.

At the end of it all, the poet demonstrates that the smallest sign of light is enough to help a wandering soul find hope in the passing of the night.

The Passing Of The Night is available on Amazon and all other major digital stores.

Today we’re joining with the cozy mystery/romance author Lolli Powell, to celebrate the ebook launch of “The Body on the Barstool”

The Body on the Barstool  Synopsis

New Yorker Erica “Ricki” Fontaine’s ne’er-do-well uncle has dropped dead and left her a dive bar in a small Ohio river town. With a lousy apartment, less than-promising job prospects, and even worse romantic ones, the inheritance comes at just the right time.
Ricki packs up her cat and her belongings and heads for the Buckeye State. Now she’s trying to change the Top Shelf from a bar known for its Friday night fights into the kind of drinking establishment where you can bring your granny.
But finding her ex-husband dead on a barstool at opening time one morning just might put a kink in those plans.

I write mysteries/thrillers under the name Laurel Heidtman and romances/cozy mysteries under the name Lolli Powell. I live with my husband, four dogs and two cats on private land surrounded by Daniel Boone National Forest in Kentucky. Over the years, I’ve paid the bills by being a dancer, a bartender, a police officer, a registered nurse and a technical writer. (I always say I could never figure out what I wanted to be when I grew up!) I draw on that life experience and my two English degrees to create stories that I enjoy writing and hope readers will enjoy reading.
Where to buy The Body on the Barstool

Congratulations Lolli!
I’m honoured to be a part of your “The Body on the Barstool” launch team and wish both you and the book every success!

Tonight I launched my new book of short stories, ‘New Horizons’ into the largely unsuspecting literary world and, at the same time, won first prize  in a poetry contest at AllPoetry for my poem ‘Fusion’, based on Emily Bronte’s classic novel, ‘Wuthering Heights’.

Multitasking at its finest, perhaps!

‘New Horizons’ has also received some rather lovely reviews today.
It is rather nice to feel so affirmed as a writer. I think I’ll keep going.

I’m seriously excited about that.

New Horizons is available as a paperback on Amazon or blurb.com
and as an ebook on Amazon, iBooks, & kobo stores. 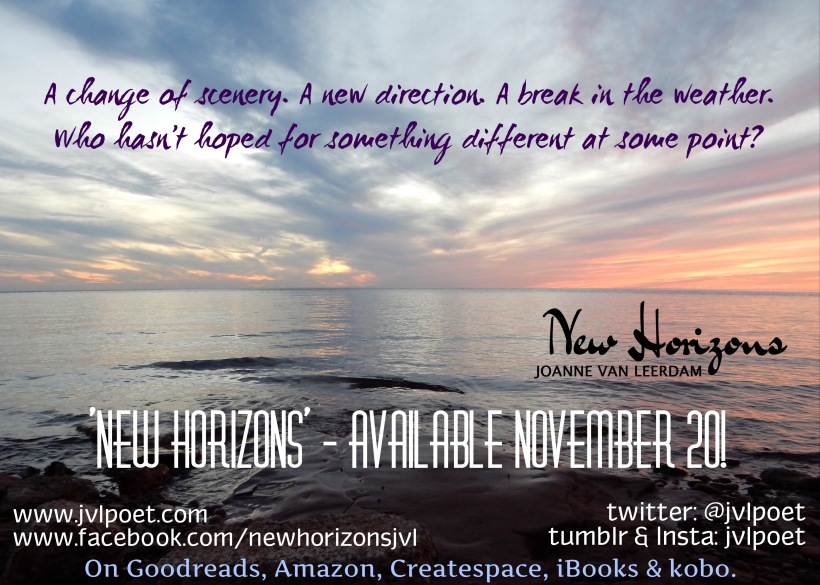 These sixteen short stories offer insights into how people respond when they encounter experiences and events they have not foreseen, or when they discover new horizons in their lives.

The war for Deius begins, but first, the battle for Sirin must be fought. In this third and action-packed installment of Shiva XIV, Ayn yearns for freedom while Srah and Axis find their true home. All the while, Yol Notama brings The Tah to the edge of madness! Fates will be decided and old Gods will awaken as the most ancient of riddles is finally answered.
About Lyra Shanti

Lyra is a novelist, singer-songwriter, poet,
and playwright.  Havi

ng grown up in Bellingham, Washington, Lyra is a nature and animal lover with a ferocious love of epic stories of every genre, but especially sci-fi and fantasy.
At first, Lyra was drawn to writing songs, even at the tender age of 7 years old. Then, it was poetry, play-writing, and eventually, musicals. It wasn’t until much later that Lyra began writing novels, but between Lyra’s
Shiva XIV series and the many stories yet to
come, Lyra’s dedication to story telling has
only just begun.

Twitter http://www.twitter.com/LyraShanti
Where To Buy Shiva XIV The Riddle of The Gods

For the latest news and possible giveaways please visit the Facebook launch event page for the book     https://www.facebook.com/events/1251196588275748/

I am excited to announce that Festival for Poetry have featured the poem I submitted to them for consideration.

I am excited to announce that Festival for Poetry have featured the poem I submitted to them for consideration.

You can read the poem here: Rogue Wave by Joanne Van Leerdam

I hope that if you enjoy it, you’ll go to www.jvlpoet.com and look under “new writing” for more.
You can subscribe to my mailing list there, too, so you don’t miss another update!

Remember to check out ‘New Horizons’, too! It’s launching next weekend and I’m keen to see it take off!

I’m very excited about the launch next weekend of my second book, ‘New Horizons’.

I’m very excited about the launch next weekend of my second book, ‘New Horizons’.

I’ve crossed into another genre and publishing a collection of my short stories, related by a common theme of people encountering new things, making a fresh start, or finding a new direction in their lives.

‘New Horizons’ will be available as a paperback or ebook from Amazon or Blurb.com, and as an ebook on iBooks and kobo.

This is a really good story with lots of twists and turns, some of which are absolutely heart-stopping. It’s the story of Izara and her journey of discovery of truth about herself and her twin brother, Kain, as they confront a world they had never dreamed of.
The story has some incredibly dark moments, so I’d recommend it for an audience of 16+ years of age, but it also has strong elements of hope despite the  odds.

The characters are relatable and very engaging. As a reader, I didn’t always like Izara or Kain, but that actually made them more believable and intriguing.

The only thing I didn’t enjoy was the number of regular typos in the text, which I found annoying: they didn’t really detract from the story at all, but I am a stickler for those things, and I did find it distracting.

The book ended on a cliffhanger, so it wasn’t satisfying in the sense of getting answers or resolution, but it definitely whets the appetite for the next instalment!
I want more of Tompkin’s Academy!

There’s always a bit of trepidation when you do something new and you’re not sure how it’s going to go.

There’s always a bit of trepidation when you do something new and you’re not sure how it’s going to go. ‘Leaf’ has been available for just over three months now, and I’m very thankful and excited to be getting positive reviews.

I don’t want to blow my own trumpet, but I am really thrilled about these two readers’ responses  that I’ve received recently.

Both of these people, and others who have given my writing positive reviews and ratings, have encouraged me more than they realise.  Sometimes being a writer is a really lonely thing, because there’s a whole experience and process you have to go through before you can know if anyone is actually going to understand and connect with what you’ve written.  To know that my poetry has had such an effect on people is both motivating and incredibly humbling.